Now you’re probably wondering what I mean by this...Photographer vs Gear? It’s not even possible, right?

Let me explain. For the past 2 years, I have been a full-time professional photographer.

I work with a lot of different subject types from guests at Weddings, babies in my studio, product photography right through to my main subject Cars, and quite often cars and landscapes at the same time. My job covers a good chunk of the photography spectrum.

Now here is the thing. I find myself getting asked by a lot of people what gear I use.

I know people are just making conversation, perhaps they are interested in photography themselves,  but it can come across a little insulting. I feel judged by what camera I am using, and more often than not how much it cost.

This leaves me feeling like I have to prove not only to myself but to others too, that the gear has nothing to do with it really.

A tool of the trade

Anyone who knows me will have heard me say a camera is just a tool. I’m a bit like a mechanic with their tools. They invest in them so they can do a better job. This doesn’t mean to say they will do a worse job with cheaper tools, it may just take them a little longer.

So my journey started here. I wanted to prove to people that it wasn’t the camera producing the images, it was the skill of the person behind it.

I have various cameras, from fairly decent through to Pro cameras, but for this test to work though I wanted something that was common and relatively cheap.

After some thought, I gave myself a budget of £30. There are plenty of second-hand cameras out there, I could even get a new one from Amazon or Argus if needs be.

Older, good quality cameras are in abundance, you just have to look. It took me a few days but I found a suitable Fujifilm example for £20 through the Facebook marketplace.

So I was now the new owner of a second hand Fujifilm S6800, in white.

For a full rundown of the specs please visit here: 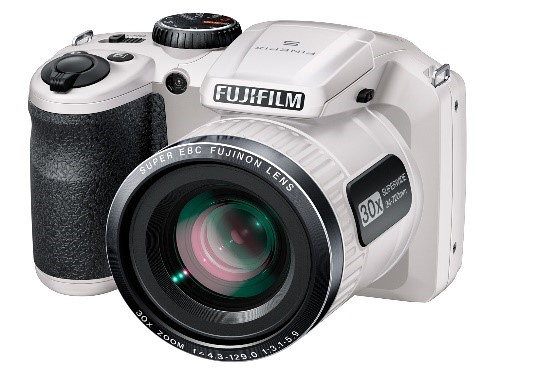 The first thing I noticed about this camera was its weight. I have been shooting with heavy cameras for years and this was really light and a joy to hold. The grip is reasonably large so it felt comfortable in my chubby hands. I also like the fact it runs off of 4 AA batteries, which can be picked up pretty much anywhere, making it unlikely that I would run out of power mid-session (I always carry spares).

It also uses an SD card the same as my Pro end cameras. The sensor is a 16mp one, which is a pleasant surprise due to how little I paid - I was thinking I might be lucky to get 10mp with the budget I had set. It’s not a massive factor and I will go into that in more detail later.

Tilting the other way

The first bad thing (in comparison to my daily camera) I noticed was no tilt screen. A fixed flush rear screen is a pain. There are a lot of people that will tell you that you’re pro you don’t need a tilt screen. The Canon pro end cameras do not have a tilt screen. I can tell you from experience and being a car photographer that for me (maybe not everyone) this is a big game-changer. I much prefer a camera with a tilt screen. It enables unusual angles and ease of use for low shots.

I also didn’t like the build quality. It felt very cheap. I wasn’t expecting much from it as it was cheap to buy but if I drop it then I don’t expect to pick it up again, at least not in one piece.

The fixed lens is a bit of a pain too. It means I can’t change the lens at any point nor upgrade it. This also leads to poor low light photos due to the F-stop's lowest 3.1

I certainly wouldn’t recommend this for weddings or low light photography.

On the plus side, It does have a pop-up flash to combat this, but we all know how harsh they can be, and with a lack of a hot shoe, there is no option for an off-camera flash.

To start I took the camera out on a couple of evenings with a local photography group that I run in Worthing. I took the Fuji and my usual pro camera. My first outing was to just to make sure the camera was fully working and to get around the menu system. I didn’t use it much but I did take a few shots and tried a few different settings. It seemed ok but time would tell.

After using the camera a couple of times I was confident that I knew my way around the menu system enough for me to delve into an evening with the Fuji alone. I left my pro end cameras at home and attended one of the Tuesday evening meetings with the group with just my £20 Fujifilm s6800.

I felt confident and believed it would do what I needed it too. The meetings start at 7 pm so it wasn’t long before the sun disappeared and it became dark. Living in Worthing we are lucky enough to have a fantastic pier and lots of other attractions that are stunning to photograph. This particular evening we started near the pier so it felt natural to head that way due to the sun going down and looking like God was about to give us a stunning sunset.

Armed with the Fuji I set about a wide-angle landscape shot of the beach and buildings with a sunset behind. After the sun had disappeared and the glow of yellow faded I decided to walk back along the pier. I thought to myself I don’t need any more of the sunset due to living here and I wanted try different scenarios with this camera. I walked back along the east side of the pier as it has a central divider cutting the path in half.

For the next shot, I used a tripod due to the decrease in light. ISO100, a shutter speed of 1second and an aperture of f8. The divider has various images and glass panels in it that are sponsored by local people/charities. It gave me a great chance to spot this shot of the new WOW (Wheel of Worthing) attraction through a doorway entrance, making it look like it was one of the panes of glass further down the walkway. 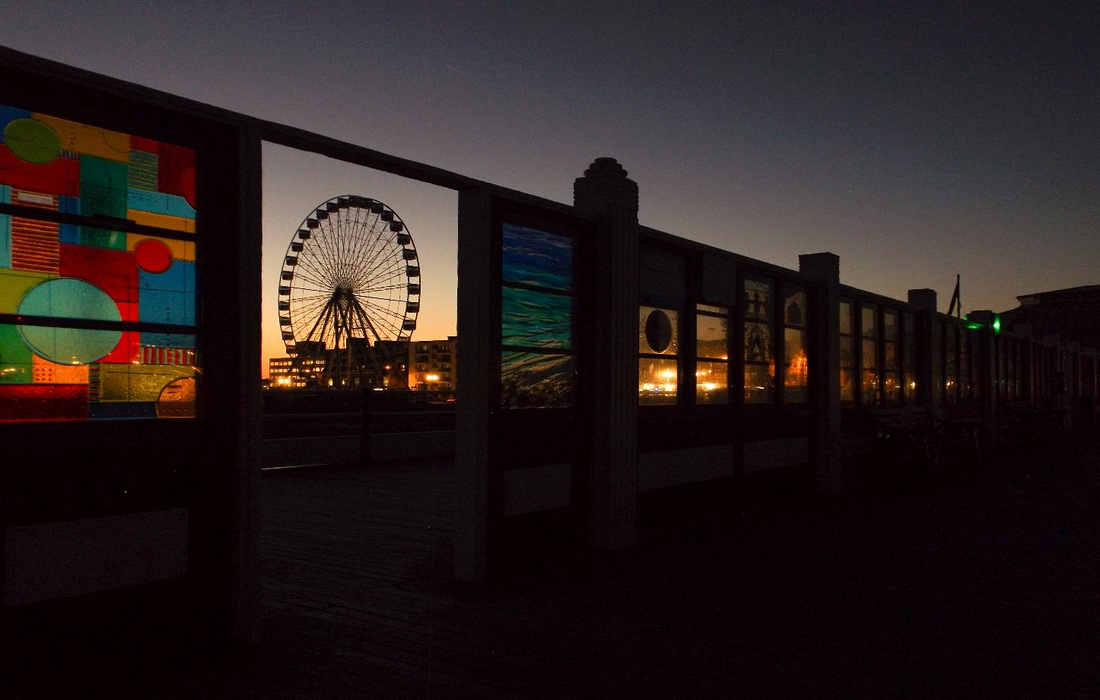 I was really pleased with the photo, little did I know that it would prove so popular. I posted in a local Facebook group called Worthing past and present and it got a huge amount of likes, 600+. One of my most popular photos yet.

Various comments were also put stating how good it is and how lovely etc. This was all great, but for me, the real proof that I had been successful was being approached by a lady asking to purchase a canvas of it.

In some ways ironic as I started to panic that maybe the quality wouldn’t be good enough for a canvas. I had never produced a canvas before, let alone on a camera that I had barely used. I needn’t have worried.

After a discussion with the client, we decided on a size suitable for her and a little over a week later I delivered this to her door.

My personal opinion is that you don’t need an expensive camera to take stunning images. It’s all in the eye of the person holding the camera. This experiment just proved that for me and made my feelings on this subject even stronger.

Please don’t get me wrong there are times where you will need something a lot better. More functions, better lenses, weather-sealed the list in numerous.

I just believe that if you learn photography well and get to grips with it, then you should be able to take a decent picture on whatever camera you are handed.

I hope that this will help someone new to photography, a beginner or even someone a bit more advanced. Either way, I hope you enjoyed it.

If you have any questions message me [email protected]

The camera photo is a stock image.  I own the copyright to all the other images on this blog. They were taken on the Fujifilm Camera mentioned in the blog.